The legendary and iconic band – The Black Crowes have just announced they'll be hitting the road for 2020 on their extensive Shake Your Money Maker dates! You can catch them live in concert as they make a stop of their tour to Saratoga Performing Arts Center on Saturday 25th July 2020! Tickets are already flying as this is one of the most talked about concerts for the Summer season! Enjoy some throwback classics in an exciting performance by The Black Crowes this July! 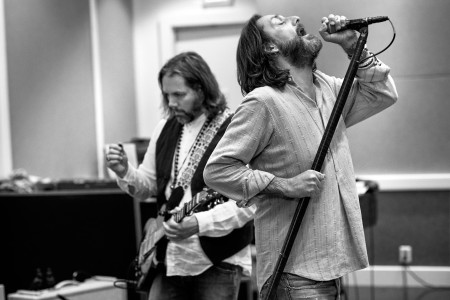 The American rockers The Black Crowes first came to light all the way back in 1984 when they impressed their ever growing fan base, with their initial debut album 'Shake Your Money Marker' they became an amazing Hard Rock group on the scene and have stayed at the top of their game ever since. With incredible releases of eight studio records, epic tours, live compilations and chart topping singles, The Black Crowes are timeless.

2020 brings them back to the stages of North America as they embark on a journey once more to bring their amazing catalogue of music in a live concert experience! After huge touring schedules throughout the years, The Black Crowes have been on a hiatus but not anymore as last year in 2019, they dropped the news of their exciting, unmissable dates. The concert will bring together original members Chris and Rich Robinson, along with a new talented line-up.

With an out of this world collection of hits, including thirty million albums sold worldwide – and still counting today, these guys are the real deal and have been titled more than once as the most popular Rock and Roll band across the entire planet! Don't miss their return to the stage in 2020 – it's going to be a special night indeed!