Fact: There are 26 badass women featured in Maroon 5's "Girls Like You" music video. Not all superstars can pull that one-off, right? Only Maroon 5 can put together some of the hottest women on this planet in one place. So bringing together thousands of ardent fans hotly anticipating a Maroon 5 concert tour is not impossible at all. As Maroon 5 got the word out that they're hitting the stage with Meghan Trainor at the Saratoga Performing Arts Center on Sunday 6th September 2020, this became the hottest ticket of the city! Now start getting your Jagger-like moves together for this is going to be one helluva party! Get a hold of this sizzling hot ticket now! 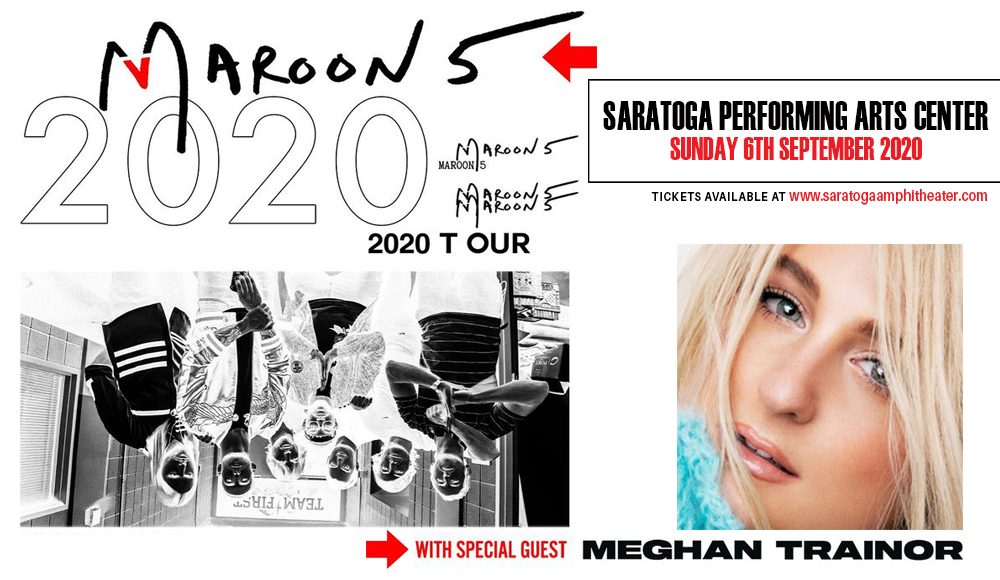 Maroon 5 is a band who are experts at getting fans hyped-up since 2002. As they unleashed their lead single, they have left their fans breathless, in awe and at the same time hyper with "Harder to Breathe", which received heavy airplay. The debut album peaked at number six on the Billboard 200 chart, and went platinum in 2004. From there, they clinched the the Grammy Award for Best New Artist in 2005; then zoomed their way to the top with astounding chart-toppers like "This Love", "She Will Be Love", "Sunday Morning" and many more… and those were just all from their debut "Songs About Jane".

In 2010, the band took on a rather risque move with "Moves like Jagger" –an electropop song which represents a drastic change in the band's sound, but was hotly received by fans, shunned critics, and brought in new 'converts'. Maroon 5 continued to deliver smash hits like "Sugar" and "Girls Like You". Maroon 5 has cumulatively sold more than 120 million records, making them one of the world's best-selling music artists.

Joining Maroon 5 for their 2020 tour is American singer-songwriter Meghan Trainor. Her throwback style reminiscent of the 50s doo-wop style and lyrics that refer to modern womanhood, body image, and empowerment, has churned out hit singles like "All About That Bass", "Lips Are Movin", "Dear Future Husband", and many more.