Two iconic bands that stand at different ends of the rock and roll spectrum are united for one amazing night, as Journey & The Pretenders come to Saratoga Performing Arts Center on Saturday 1st August 2020! Journey seem to be an unstoppable force, hitting the road once more having only recently finished their Las Vegas residency, and this year they are embarking on an epic 90-date tour with The Pretenders in tow, providing one of the coolest rock line-ups to hit the SPAC stage! 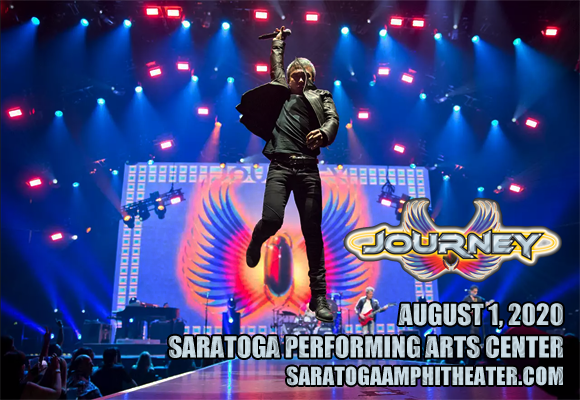 Best-known for their 1981 hit "Don't Stop Believin'", Journey were not always an arena rock band. Originally, the American rock group, who formed in 1973, played progressive jazz fusion – a natural fit for ex-members of Latin rock band Santana and psychedelic rock band Frumious Bandersnatch. However, the first of many line-up changes for the band brought a new, more commercial direction, when vocalist Steve Perry joined the band in 1977. Perry signalled the group's most popular era – from 1978-1987, Journey released seven consecutive multi-platinum selling albums. To date, the group has had one diamond, ten platinum and three gold albums, and has charted 18 top 40 singles in the U.S.